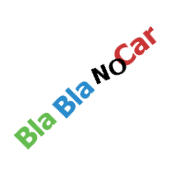 I’ve be interested in BlaBlaCar for a while. I like the ‘new wave’ of sharing services that allow you to have a new experience, meet some folks and don’t pay a fortune.
I used CouchSurfing, AirBnb, I picked up hitchhikers when I had a van and I could not wait to share a car with some stranger going somewhere.

What BlaBlaCar does is simple: connects people who need to travel with drivers who have empty seats.

So I decided to find a ride to go back to Amsterdam from my Italian hometown of Albiate.

When I first fired up a search from Milano to Amsterdam, I was surprised to see how many rides were offered. It’s obviously a popular destination especially in summertime. But there’s a catch. Most of the folks aren’t really interested in visiting Amsterdam. Amsterdam is mainly visited by hordes of folks looking for coffee shops and the red light district, doesn’t matter what people tell you about Van Gogh and Rembrandt. The challenge is to find a ride without ending up in a car full of 18y old Italian potheads.

Vincenzo has my age and lives in Amsterdam. That seemed legit and generated some sort of trust and connection. We only exchanged few email messages but hey, we both live there, we know how’s the city, we can joke about the Dutchies, we both have years of driving experience, so cool he instantly became my buddy.

All was sorted out but I could not stop thinking what would have happened if this guy would run into a problem, cancelled his trip or not show up at all.

I tried to relax, to trust life, to believe that BlaBlaCar won’t let down someone that like me believes we’re all one.

But Vincenzo really screwed it up.

The moron accepted 4 people in his Renault Clio without considering the luggage – ta daa!
I tried to say that, fuck it, we can all squeeze and be kind to each other and we’ll all make it to Mokum but no, he has  two tends and a drum to fit.

He apologized, promised me to pay me a pizza and was kind enough to search an alternative for me. Enters Daniel The Profy.

Vincenzo started talking with Daniel, that was leaving to Amsterdam a bit later, around 2pm, from a town a little bit further than my previous meeting point.

There are moments in life where a ray of wisdom pour in your brain and gives a brilliant idea.

I had one of those moments when I decided to bypass Vincenzo the overbooker and directly give a phone call to Daniel ‘The Profy’ to make a quick agreement.

“Sure Daniele, I can give you a ride to Amsterdam! They call me The Profy because I’m a professional at this.” – Daniel said – “Just tell me where I can pick you up and don’t worry. You don’t go to Amsterdam for the museums, right?”. Damn, I thought, he’s a pothead! I said “No, I live there, but I don’t smoke joints if this is what you’re asking…”.

He came up with this amazing answer “Well I’ve psychiatric problems and the medicines the doctor gave me are bad for my health, so I went to A’dam and an Italian (!) doctor over there told me to smoke a type of weed to solve my problems, and now I feel great”. Shit, I was about to accept a ride from an international drug dealer!
I thought that with a car full of 18y old Italian smokers I would have been better off.

“Listen I have wi-fi in my car (?), a fridge, one person at a time is allowed to smoke and I can tell very funny monologues in English…” – He probably thinks that BlaBlaCar is about talking while driving.

“OK Daniel, what time are you planning to be in Amsterdam?” – Leaving at 2pm, I was expecting him to arrive at night, but he said “Tuesday morning, like 10-11am. I’ve to leave two guys in Munich and pick up a couple from Paris”. Holy cow! This guy was planning a BlaBla European tour, and I had appointment with a customer at 10am Tuesday morning.

I already choose to don’t step in a car with this psyco, but I let him talk for a bit longer. “Listen, just give me a positive feedback” – he added – “Just write a great feedback, you get the idea what type of person I am” – indeed I did! – “And for the money, it’s 75€.”.

“Wait Daniel the Profy, on the website it says 64€…” – I kindly reminded him. “Oh, yes because otherwise it was too expensive but now we can do 100€ and I pick you up from Saronno, a special price because you’re Italian” – at this point any doubt about this guy sanity was cleared off.

I went back to the BlaBlaCar website (the Android app crashes miserably) and found the last option: Dino.

Dino was leaving with two friends Monday at 8pm. They just gave a try to BlaBlaCar to see if they could pick up a hot Dutch girl but received my call instead.
Their plan was to sleep a couple of hours along the way and arrive in Amsterdam around 11am on Tuesday. That was too late for me, but my almost savior Dino agreed that he could check with his friends to leave a bit earlier to arrive at destination by 9am. Great!

I did a quick reality check. Arriving in Amsterdam maybe at 9am after one night on a car… and immediately go to my customer for a long day of meetings and web development…. I’m almost 35…. they pay me lots of money…. I guess BlaBlaCar can wait for me.

EasyJet, not an easy choice

Last Christmas, after I lost a flight to Milano because I didn’t have the printed ticket, I swear to never ever flight EasyJet. Jamais!
But… I didn’t considered the one-way tickets. For some reasons nobody knows, normal carriers charge unbelievable crazy prices for one-way flights.
Milano-Amsterdam with KLM can easily cost 500€ for a one-way flight.
For one-way flights, I could not ignore the stupid EasyJet.

Breaking my promises against EasyJet and disappointed by BlaBlaCar, I charged my credit card with 250€ and got one of the last two seats for the 2pm flight to Amsterdam. 20Kg hold lugage included.