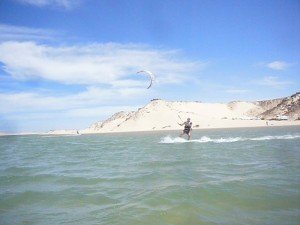 It turned out to be a mistake, 2 years ago, but I still didn’t know.

I was kite surfing in one of the most stunning scenery I’ve ever been.
The dunes of the Sahara deserts are falling into a blue lagoon in Dakhla, Morocco, and the surfers are spending fantastically frugal days flying over the water and sleeping in simple bungalows.

Dunes are made of sand – plenty of it – but this didn’t prevent me, while walking barefoot in the beach, from hitting a rock with my pinky.
Before you get confused… the pinky is not the dingy! The pinky is the fifth toe, the little one so to say.

Soon after the poor thing was as big as his brother, the hallux (the big toe) and painfully painful!!

I waited 2 more days to avoid Morocco’s hospital and went visiting a Doctor once back in Netherlands.

Below the conversation I had:

Daniele: “I hit a rock with my pinky and couldn’t wear shoes for the pain, it’s swollen and painful”

Doctor: “What did you expect coming here?”

Daniele (more shocked): “Well, at least an X-ray to see if the toe is broken?? When I was a kid I had something similar and discover I broke the toe only few days after…”

Doctor: “Even if it’s broken, we don’t do anything with pinkies. It has to heal himself.”

After this I run (not literally due to the pain) to the hospital First Aid (ER) looking for a serious visit.

There, they prospect me that I had to pay EUR 160 because the insurance doesn’t cover non-urgent visits not authorized by the family doctor.
F*ck the money, I want to know if I broke my pinky!
As absurd as it is, I was really disappointed when one hour later the X-ray showed no bone fracture.

“Rest and wear sandals”, the Doctor at the ER said.

To me my mistake was not going to the hospital in Morocco.

In fact, back then I didn’t know yet that on a authoritative Worldwide health system ranking report of few years ago, that I can’t find anymore now probably lost in the deep linking Google search results, and making me look right now like a total bullshiter, Netherlands ranked around 50th with Morocco around 30th on health system overall quality.

Story #2: prevention is for pessimists

When a good friend of mine, that I keep anonymous for obvious reasons, told me that he had high cholesterol I trembled:
“Emi’, how’s that possible? we eat together 3 times a week!” – of course I did never check my blood and I was more worried for myself than for him.

So I went to visit my GP, the huisart as it’s called here, with my best intentions.

The Doctor took a paper and filled in a list of things to check: HIV, hepatitis, syphilis, chlamydia… basically the encyclopedia of sexual transmitted disease.

Daniele: “OK great, can we also check the basic things like cholesterol?”
Doctor: “Why?”
Daniele: “Well, a friend of mine discovered he has high values…”
Doctor: “Oh no, we don’t believe in prevention in Holland! We prefer people to come here when they don’t feel well rather than thinking constantly that they may be sick!”

In Italy a common said is “don’t worry about things, think about your health“ (that sounds like “non ti preoccupare, pensa alla salute“) to indicate that nothing is as important as your health.
Dutch takes this to a new level.

I had to swear that all my family including the “- in law” part up to the grand-grand-fathers had high cholesterol in order to convince her to add the test to that paper.

Because this is how it works here.
Do you want a preventive test? You have to tell them that your family got exterminated by that very thing you want to check.

Story #3: why prostitution is legal

This time I really wanted to have a blood exam about sexual transmitted diseases.
But more than a year had passed since the previous story and apparently something has changed in “the system”.

Also this time the Doctor took a paper and filled in a list of things to check: hepatitis, syphilis, chlamydia… basically the encyclopedia of sexual transmitted disease minus HIV!

Daniele: “OK great, what about HIV?”
Doctor: “Have you been with a prostitute?” 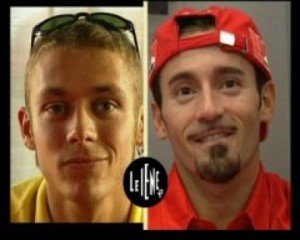 Now, this question is very misleading: what defines a prostitute, after Valentino Rossi, the famous motoGP champion, declared that “We all pay women”?
For sure I never paid for sex, this is one of the pillar of morality I still hold to, so I assumed I should say:

Daniele: “No”
Doctor: “Well, then there’s no need. Here in Holland only prostitutes have HIV.”

Suddenly I realized why prostitution is legal in Holland. They manage to organize HIV too!
It’s for the same reason why everyone explodes firecrackers, rockets, multishot aerial fireworks and smoke balls the night of New Year’s Eve: just because is forbidden the rest of the year.

Those are only few stories about the Netherlands health care system.
A totally private but regulated system that works great on paper, not so great for the expats like me that are accustomed to socially expensive but comprehensive systems like the Italian one (ranked 2nd on the mentioned report, after French’s one!) .

More stories, many of them not funny at all, are in the comments of this news:
https://www.expatica.com/nl/news/dutch-news/French-health-system-worse_-but-better-than-British-_47341.html

My dear Dutch friends, I do love your country and most of you, otherwise I would have left long time ago.
This post is to have some fun recognizing the differences between our countries and our systems in this Europe, that (luckily?) is united but not uniform.
And, to be correct, in the latest World Health Organization (WHO) report Netherlands ranks 17th:
https://en.wikipedia.org/wiki/WHO’s_ranking_of_healthcare_systems